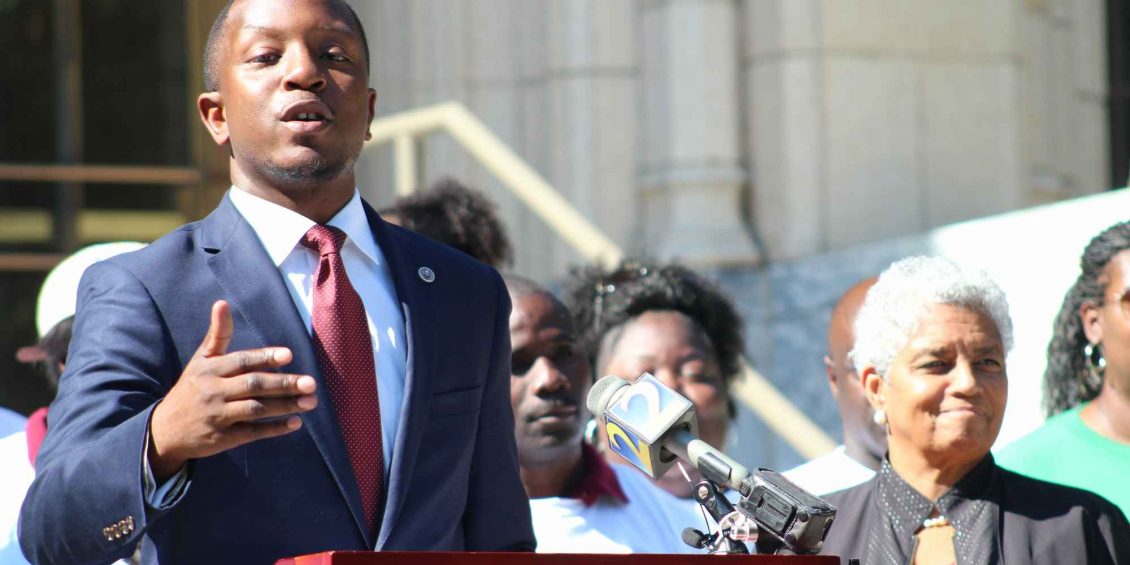 “I have gotten to know Courtney very well during the past several years.  He has done a tremendous job as Chair of the Board of Education, and I know he will bring that leadership, vision, and record of accomplishment to City Hall,” said Franklin.

English, the youngest person ever elected citywide, is an eight year incumbent of the Atlanta Board of Education and the last four as Chair.  Under his leadership, graduation rates have risen by more than 20 percent.  He has tightened the budget by cutting spending of the central office while increasing spending in the classrooms.  Moreover, the Board and the School District have launched an effective Turn-Around Strategy to help struggling schools.

Franklin cited English’s support for Affordable Housing along the Beltline and throughout our neighborhood.  “Courtney doesn’t just give lip service to affordability.  He is passionate about it and wants to make sure the City actually enforces our guidelines and requirements for affordable housing.”

Another important issue in this campaign has been ethics and transparency.  Michael Bond was recently fined $45,000 by the State of Georgia for over 300 ethics violations.  It is the largest fine in the history of the state.  Bond was also exposed by a local television news station when he traveled to Washington, DC using taxpayer dollars for a family reunion and then tried to cover it up.  Additionally, Bond has been found to have repeatedly violated campaign financial disclosure statements with inaccurate and false information.

“It’s high time that we restore integrity, transparency and ethics to City Hall.  Courtney will lead the way on ethics reform and opening up City Hall for everyone, not just those who are connected to elected officials,” said Franklin.

English, a former schoolteacher, is a lifelong resident of the Southside of Atlanta.  He is a graduate of Morehouse College and has a Masters Degree from Columbia University.