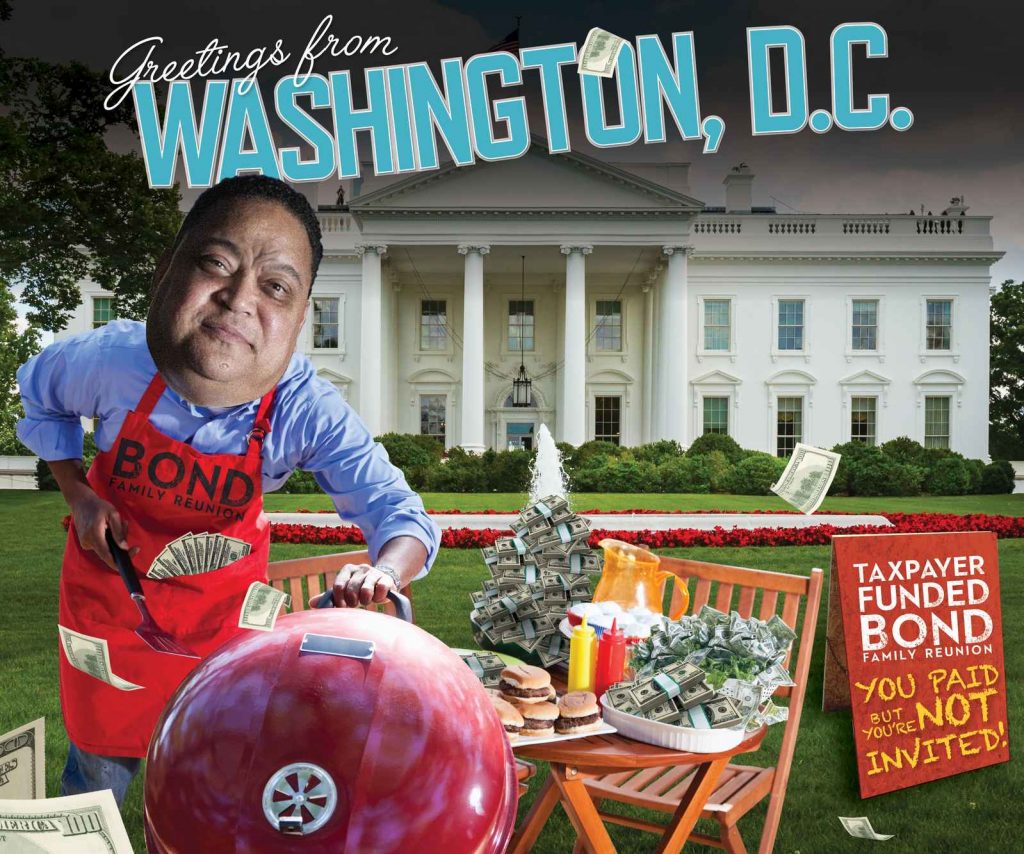 We paid for Michael Julian Bond’s family reunion, and he didn’t even invite us.

Michael Julian Bond has cooked up more than 300 ethics violations1.

He has been ordered to pay the largest ethics fine in Georgia history — $45,0001.

Bond used taxpayers’ dollars to pay for his trip to Washington, D.C., and attended his family reunion2.

Bond has taken at least 22 personal trips with money that should have gone toward improving our communities, and then he’s given Atlanta taxpayers the bill3.

Bond used your tax money to get himself:

On November 7, put a stop to Bond’s spending sprees.

He’s a proven leader who will get things done and improve the lives of all of our families.